Since its foundation over 30 years ago members of CUKC have competed with great success at student, regional, national and international level, and competition is firmly grounded as one of the most important parts of life at the club. Training for competition centres around Monday night squad sessions, where the squad train for competition kumite (both shobu ippon and WKF), Friday nights, which are informal sparring sessions, and Thursday nights, which are for kata training.

Participants in competition who meet certain criteria are awarded 'blues'. The criteria are explained on this page and a record of past Blues awards can be found here.

This page catalogues the many competitive achievements of the club since the late 1980s. If you are able to help fill in the gaps before 2000, please get in touch with the webmaster.

The KUGB Shotokan is held annually in September and is effectively a second national championships, featuring all the best karateka in the KUGB. It's open to black and brown belts only. Shotocan Cup 2022

View photos of the competition.

The Shotokan Cup championships took place in Repton Derbyshire. This is the national individual championship of the KUGB and benefited from an increase in competitors compared with the last pre COVID Shotokan Cup.

Our entries from CUKC in this very challenging event were two of our instructors Tegwen Ecclestone and Fatima Torabi.

In the senior dan grade individual women's kata Tegwen performed Jiin and Fatima performed Go ju shi hosho, however on each of their sheets they faced stiff competition and despite great performances were unable to reach the final.

Tegwen had the misfortune to draw an ex world silver medalist in the first round of the senior women's dan grade kumite and despite valiant efforts to overcome her opponents considerable advantage in reach, lost an exciting duel.

Congratulations to both on flying the flag for CUKC at this high quality event.

Pictured below (left to right): 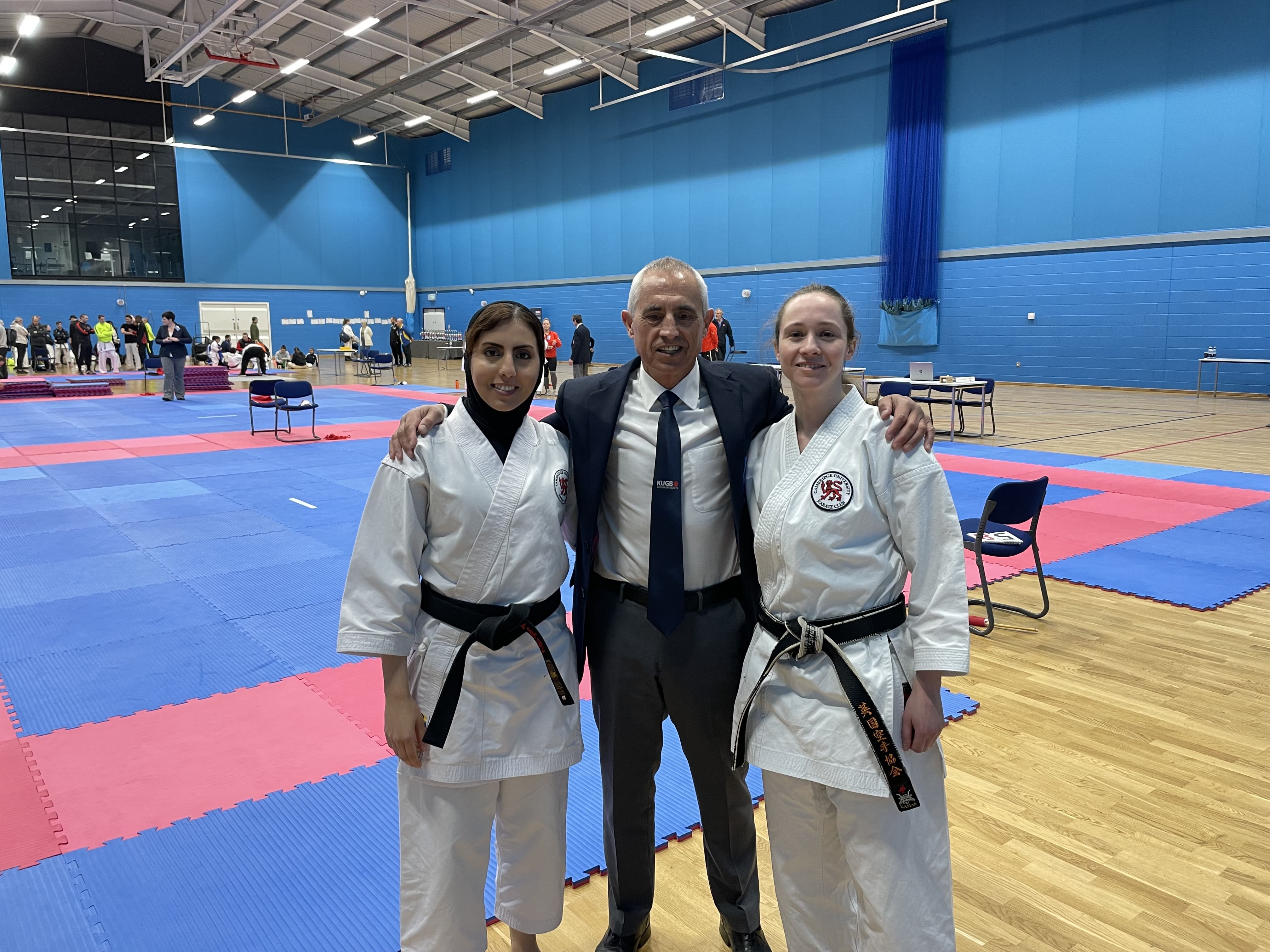 The Varsity Match is an annual competition between the karate clubs of Cambridge and Oxford Universities. In the match, which is usually held in February, two men's teams and a women's team from each university compete in kata, team kata and kumite for the three team titles and the overall trophy, the Enoeda Cup.

Winners of the Enoeda Cup 2020: Cambridge